The research project "Nazi-perpetrators look at you" funded by the City of Vienna deals with a photographic exhibition that has been forgotten until now. Two years after the end of World War II, an exhibition comprising over 2000 (!) photographs with portraits of Nazi criminals was shown in Vienna's Messepalast. In this show, survivors of the Mauthausen concentration camp were asked to identify SS- guards of the Mauthausen concentration camp. Details about this extraordinary photo exhibition are hitherto completely unknown. 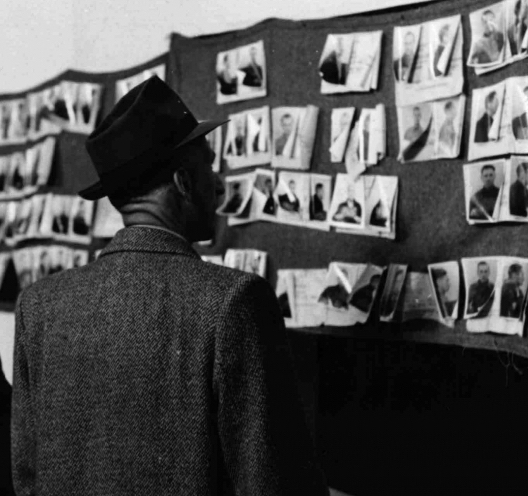 Research for the anniversary film

"70 Years of Austrian Housing Culture" is the title of the anniversary film in which BUWOG takes a look back at its many years of activity as a property developer. wesearch searched for historical footage in Viennese photo and film archives and found what it was looking for: the development of precisely thought-out and at the same time affordable apartments can be easily traced, especially in the interior shots from different decades. 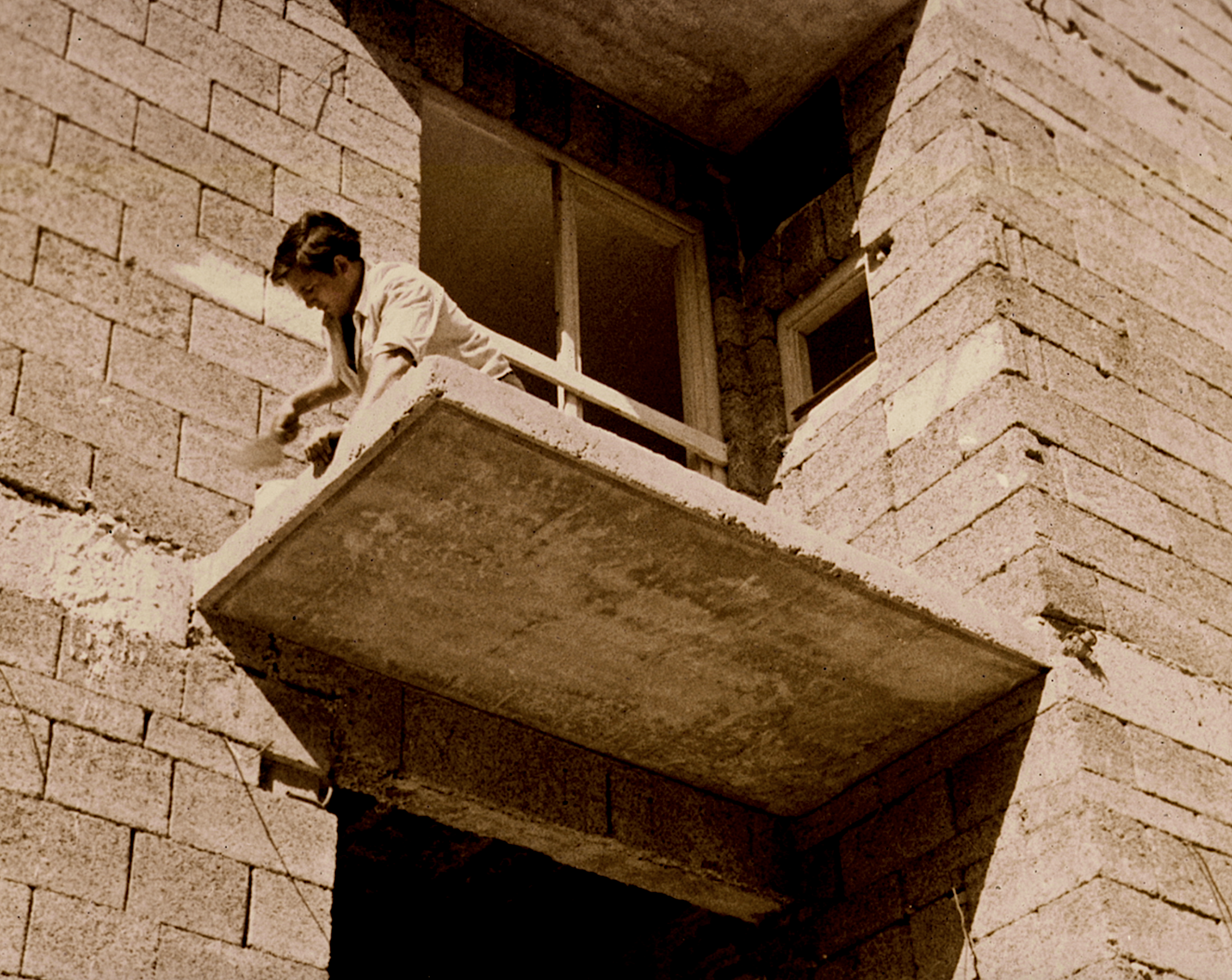 The Freihof in Nussdorf and its surrounding park are currently being revitalised by Soravia. An exciting question for future residents of the property is who used to reside in these premises and how they were furnished. wesearch therefore looked at the noble family Bachofen von Echt, who had owned the Freihof since 1902 and ran the flourishing Nussdorf brewery until World War II. The search for traces in archives and among family members brought to light previously unknown visual material about the Freihof. 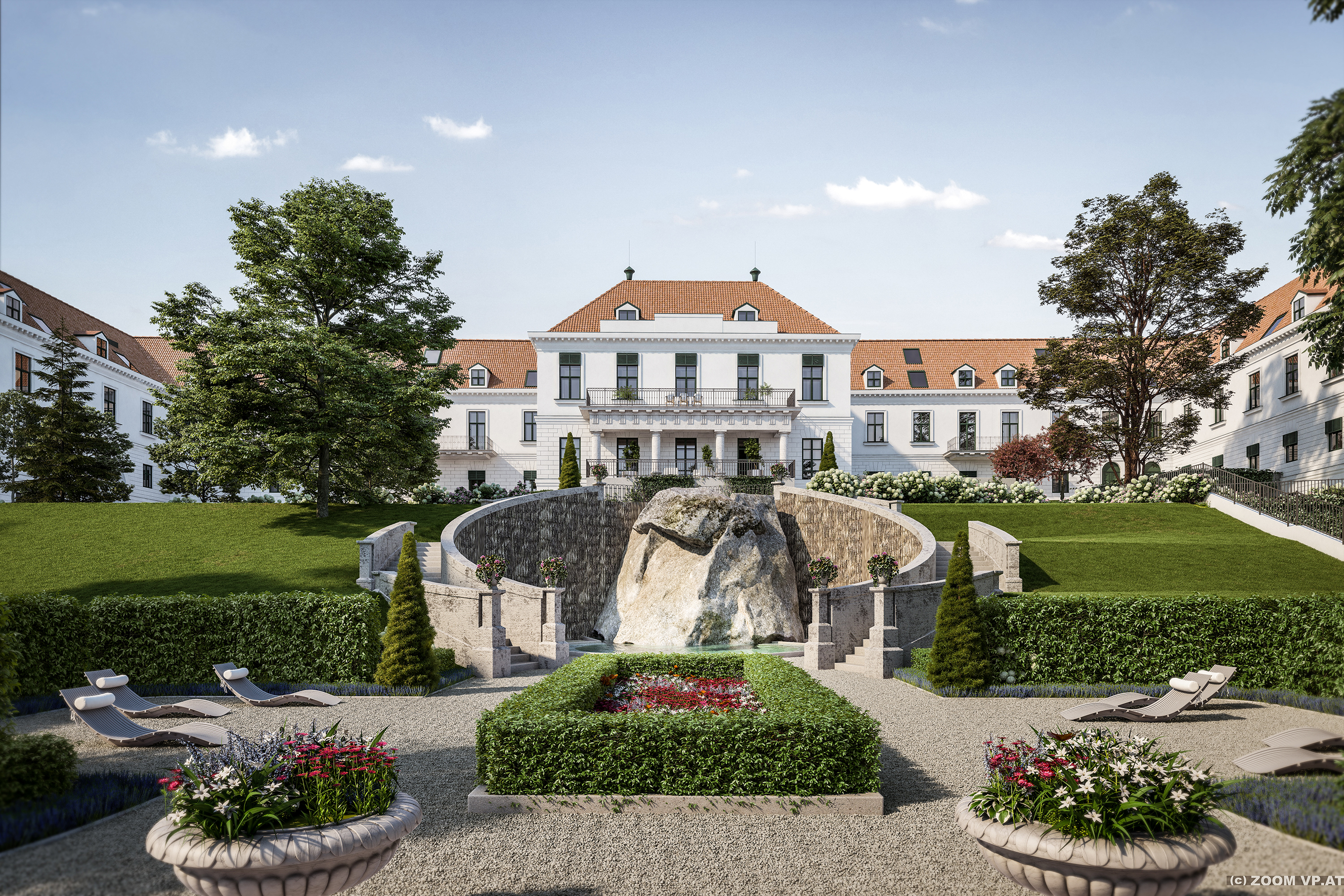 Research of Copyrights for the Karl Schwanzer Archive

in cooperation with the Karl Schwanzer Estate

Numerous national and international photographers and agencies documented the work of the Austrian architect Karl Schwanzer. wesearch was commissioned by the Karl Schwanzer Archive to research the photographic copyrights and to find legal successors. This has created the basis for further publications on the architectural legacy of Karl Schwanzer - interpreted through the lens of his contemporaries. 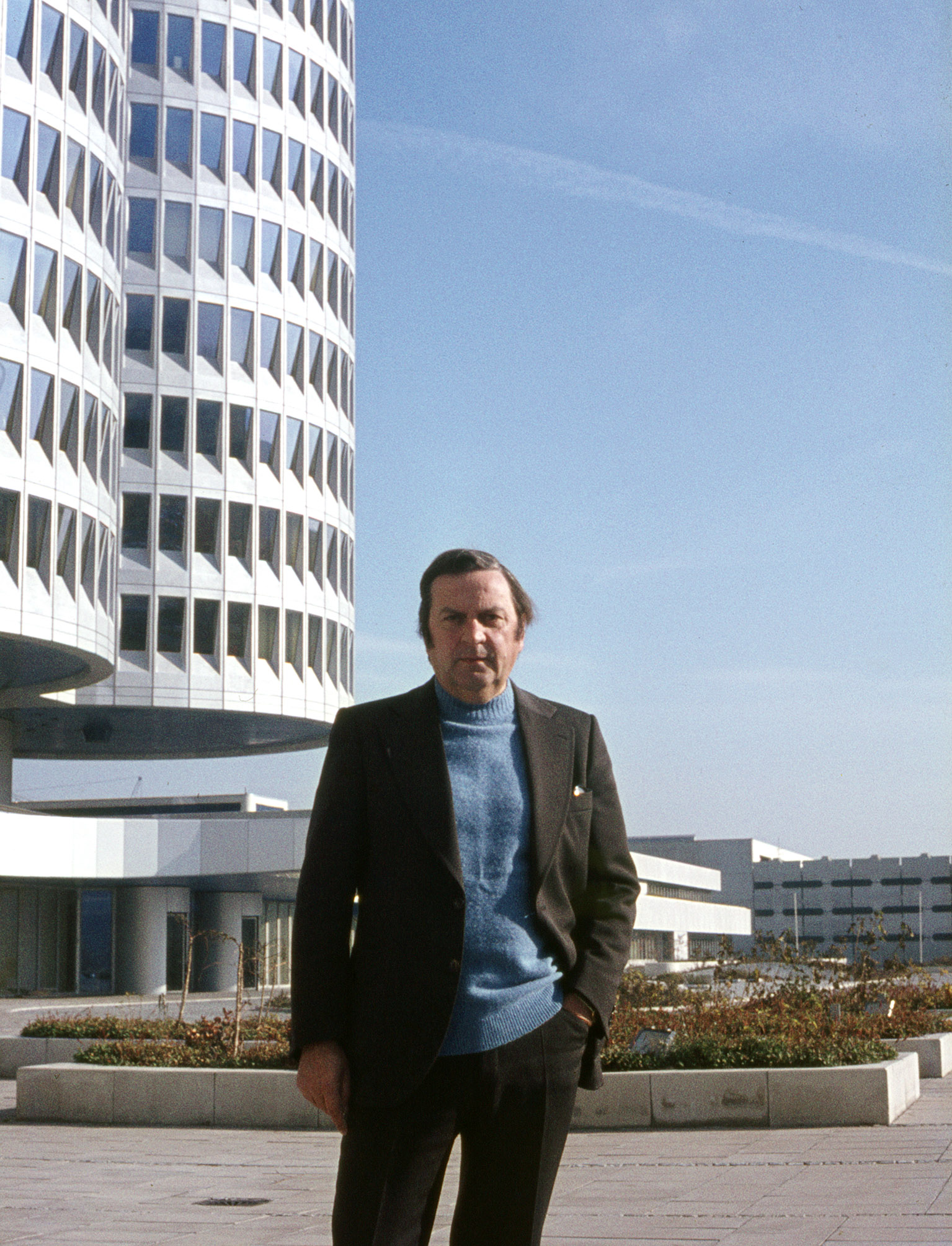 The Generali Globe - historical details in a feature film

A Film Project by Kat Rohrer

In the script for the feature film "What a feeling" by greenkatproductions, two friends are standing on the Albertina ramp in Vienna. Their eyes wander around and get caught by the glass globe in front of the dome of the Generali building opposite. wesearch researched the (art) historical details. When it was built in 1911, the globe functioned as an ozone-powered clock. The globe stands for the global activities of the insurance company, the allegorical group of figures next to it for business success. An intense conversation develops between the friends about the glass globe, and director Kat Rohrer says: "A feature film in particular thrives on accurate detailed research!" 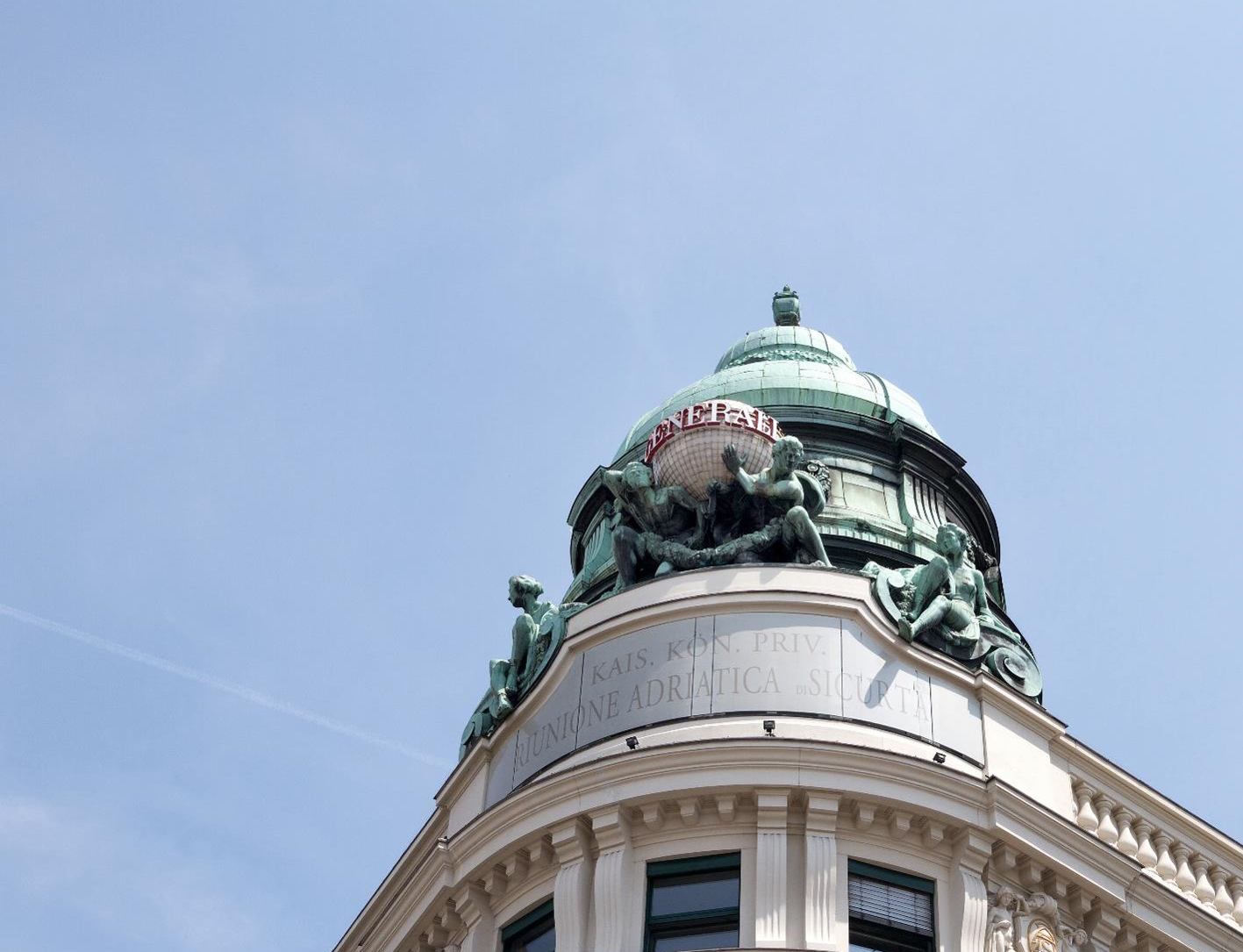 Digitization as a driver of sustainable development

Digitization and sustainable development - this is one of the focus topics for 2021 of respACT. austrian business council for sustainable development. Together with sociologist Marie Czuray, wesearch has mapped out the field between official digitization strategies and economic challenges. As a prelude and astute introduction to the topic, we recommend our article "Zurück in die Zukunft. Ein Blick in die jüngste Vergangenheit unternehmerischer Innovation". 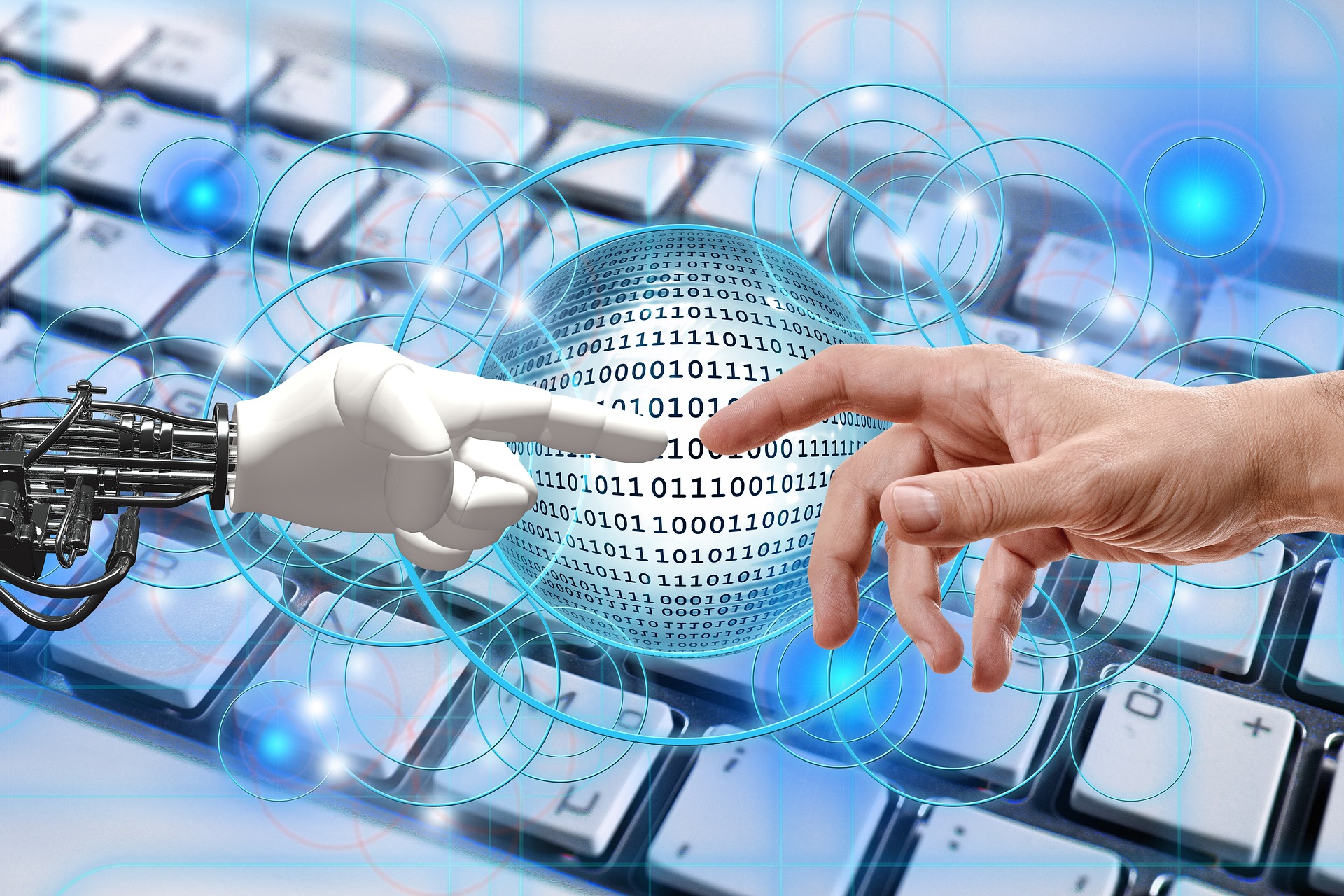 How can digitalization be sustainable? (photo: pixabay20)

100 years of women at the Technical University, Vienna

In 1919, the first women were allowed to enroll as regular listeners at the Technical University in Vienna. In 2019 this milestone in the development of higher education will be duly celebrated. On behalf of the Office of Gender Competence at the Vienna University of Technology, wesearch published a comprehensive book entitled "1919-2019. 100 Years of Women at the Vienna University of Technology". 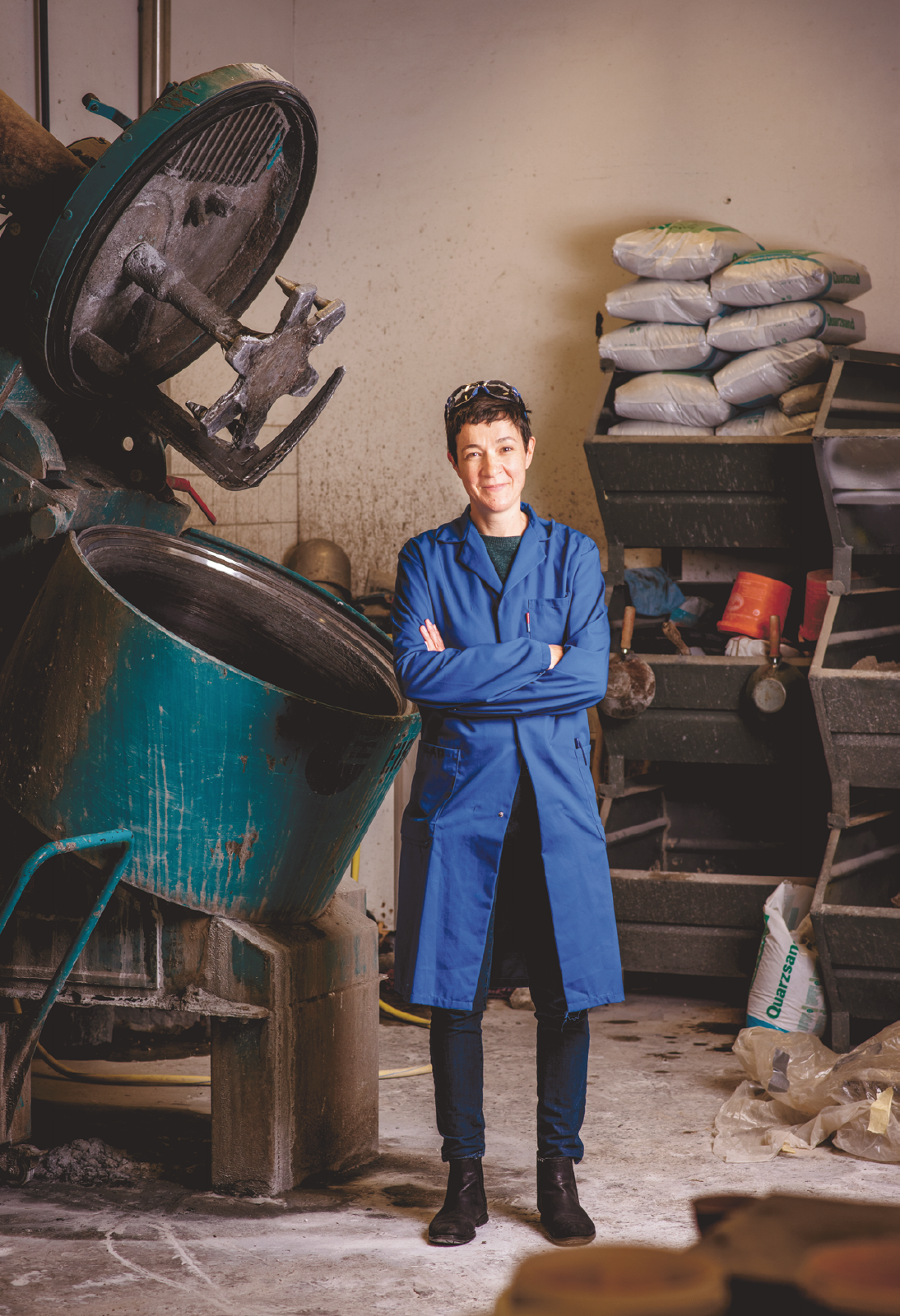 END_OF_DOCUMENT_TOKEN_TO_BE_REPLACED

In 1919 the Austrian company HEROLD was founded. wesearch retraced the exciting story of the company's 100th anniversary in 2019 - the HEROLD team was thrilled: "We were very interested in your report, so I forgot everything else. Your research is great – thank you!", Dr. Margit Kaluza-Baumruker, Marketing Director HEROLD. 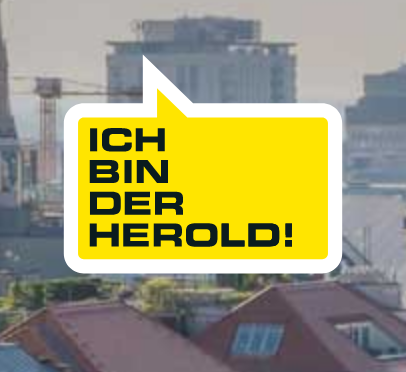 Gustav Klimt died 100 years ago. His original collectors and patrons have since passed as well. Some of them were murdered by the Nazis. Many of them, scattered throughout the world, died in exile, where they were forced to stay even after the end of Nazi reign in 1945. Paintings by Gustav Klimt are not to be found on living room walls anymore, but mostly in museums. Some of his work was destroyed, burned or lost without a trace. Everyday lives that originally took place in front of those paintings ended with the “Anschluss” of Austria in March 1938. At the same moment the personal and familial relationships which the patrons had bound to the works of art were lost. The book "Klimt Lost" edited by Marion Krammer and Niko Wahl thematizes lost works of art as well as lost life perspectives. Each one of Gustav Klimt’s paintings is connected to someone’s personal story. Without these stories the works of Austria’s most famous artist would remain incomplete. The exhibition "Klimt Lost" is on display at Klimt Villa. 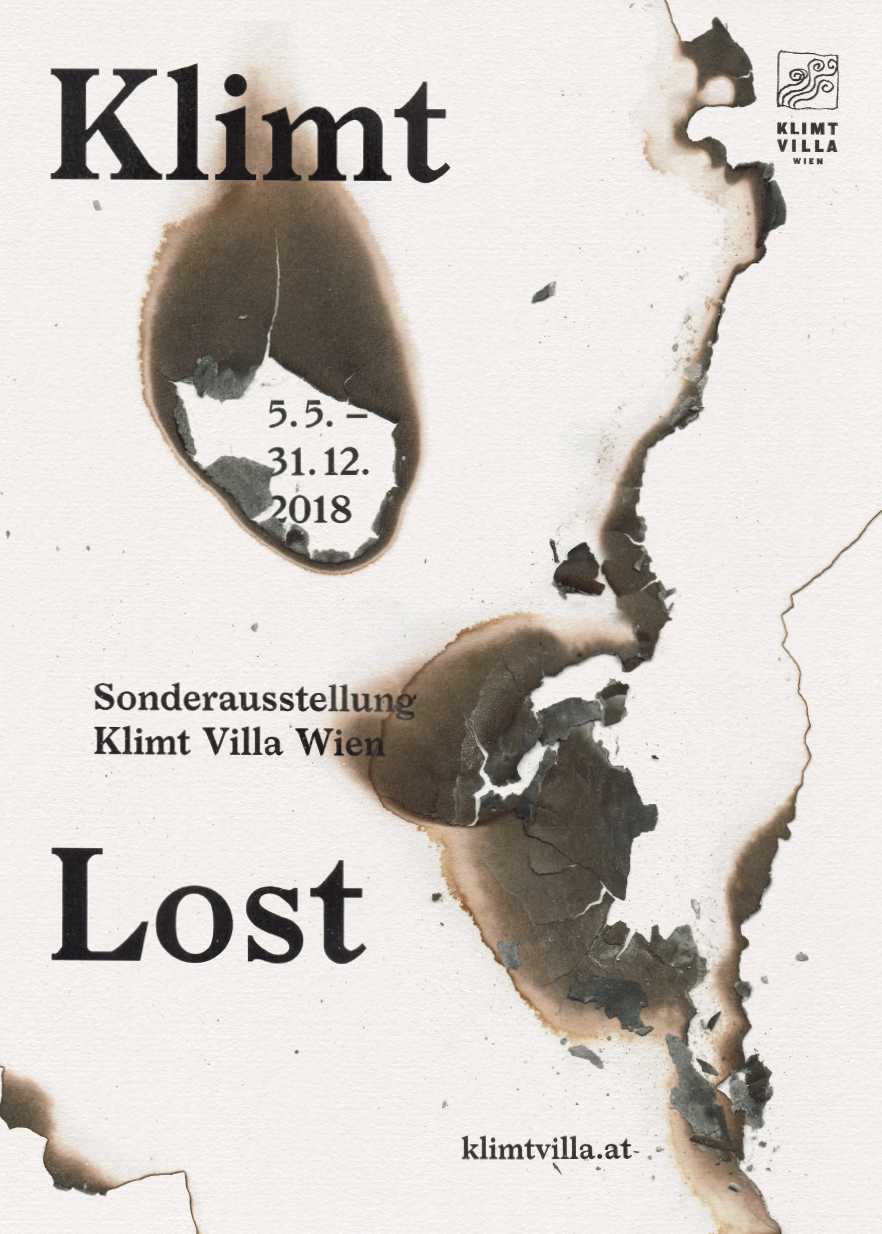 END_OF_DOCUMENT_TOKEN_TO_BE_REPLACED

One of the aims of science communication is to find engaging formats through which to disseminate research findings to a broader public. With the financial support of the Austrian Science Fund (FWF) and in cooperation with colleagues from the Teacher Training Centre for History, Social Studies and Political Education in Vienna, we’ve developed the online exhibition "War of Pictures. Austrian Visual Culture 1945 to 1955". The exhibition presents the history of the period as seen through the lens of media coverage. At the same time, in order to promote media literacy, we subject press photography and the ways it was used to critical analysis. The exhibition is aimed at the general public and schools, which will be offered workshops and additional educational materials in order to explore the topic in more depth.

From 2014 to 2018, Marion Krammer and Margarethe Szeless carried out a research project at the Department of Communication, University of Vienna, into the history of Austrian press photography between 1945 and 1955. For the first time, the biographies of over 200 male and female press photographers active during the period were brought together and can now be accessed via this database. The project also included a study of the Allied picture services and an analysis of visual propaganda during the Cold War. The research findings were presented and discussed at an international conference in Vienna from 4 to 6 October 2017. 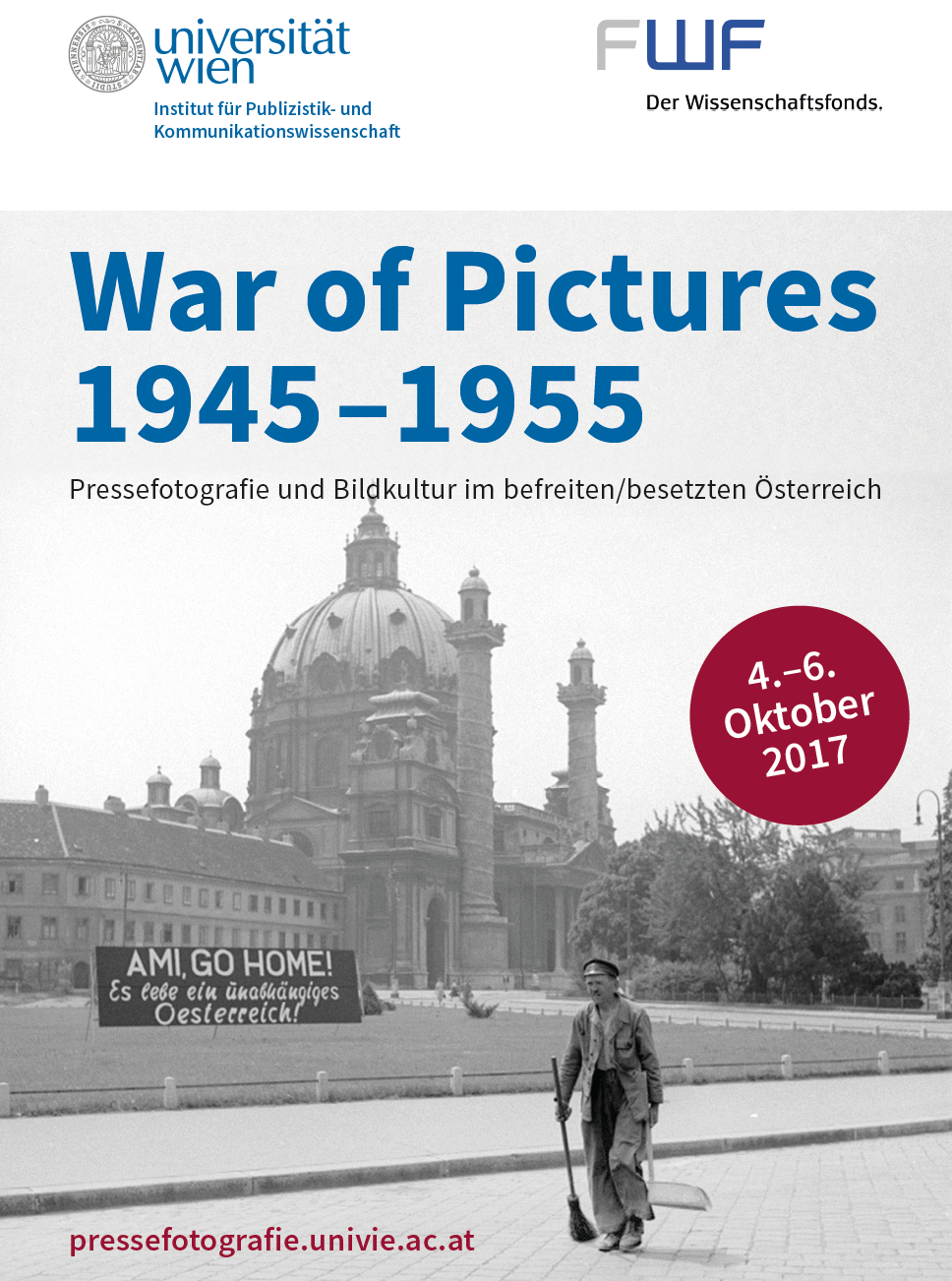 Exploring the archive of the Syndicate of Press Photographers of Austria

The Syndicate of Press Photographers and Picture Agencies of Austria, a professional association still active today, was founded in 1947. It’s celebrating its 70th anniversary with an exhibition at the Westlicht gallery from 10/25-11/05/2017. In 2014 its archive, long believed to have been lost, resurfaced and was presented to the Department of Communication at the University of Vienna. Marion Krammer and Margarethe Szeless catalogued and analysed the holdings. Their work on the early days of the professional association, the development of the field and the key forces shaping the market for Austrian press photography after 1945 can be found in the catalogue to the exhibition. 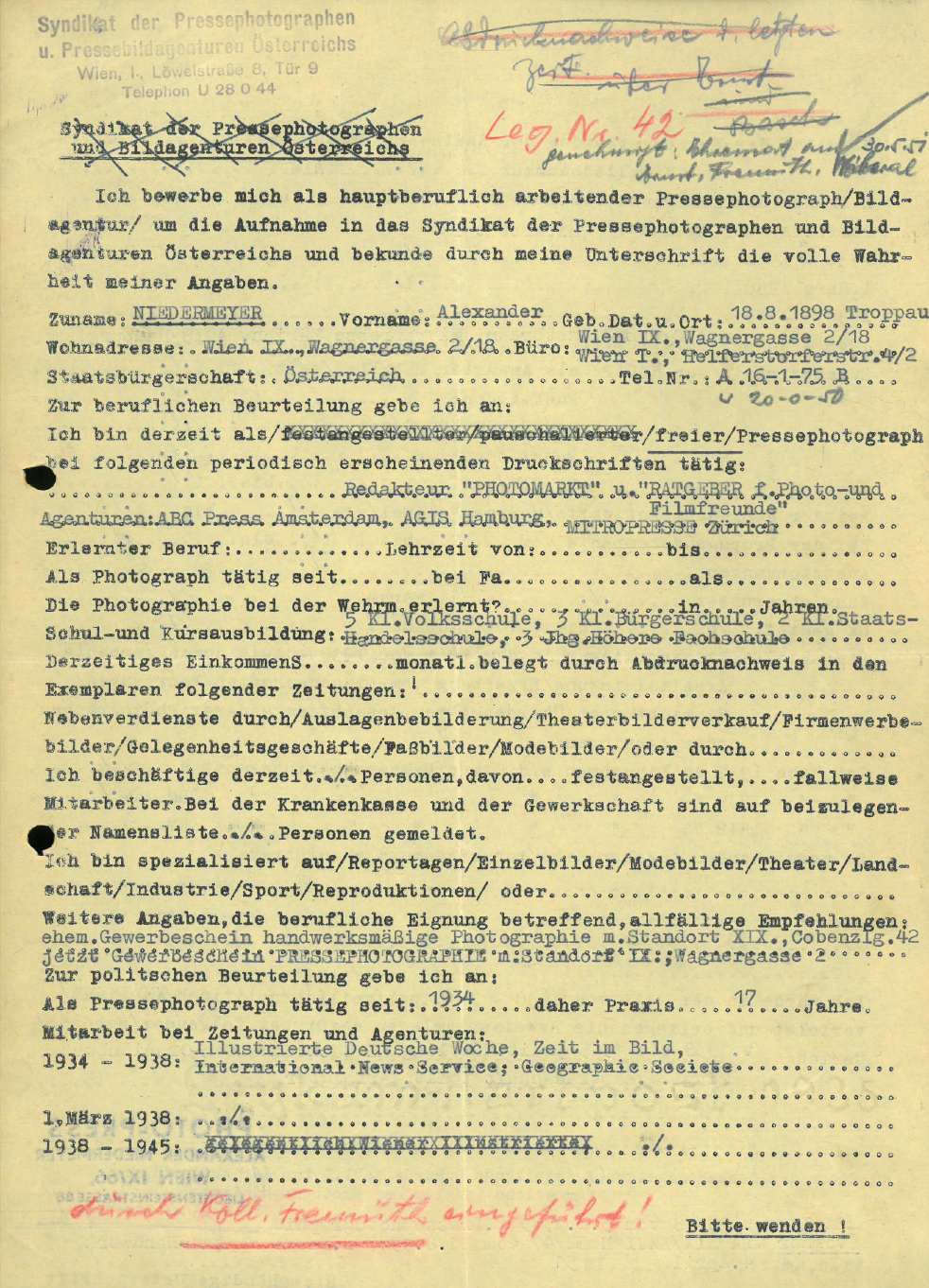 Josef R. boasted of being the founder of the ‘N.S.D.A.P. Hitler Movement’ in Austria. After the National Socialists seized power in March 1938, the ardent Nazi wanted to present himself in the best possible light, seeking – like many other residents of Vienna – to be among the profiteers. The tenant of a simple one-bedroom flat became the owner of a house and factory who, even after the liberation of Austria in 1945 and in spite of being sentenced to imprisonment under harsh conditions, ultimately had nothing to fear from the Austrian courts. The story of Josef R. was one of those traced by wesearch for a film project run by Harvard University about Vienna from 1900 to 1950. 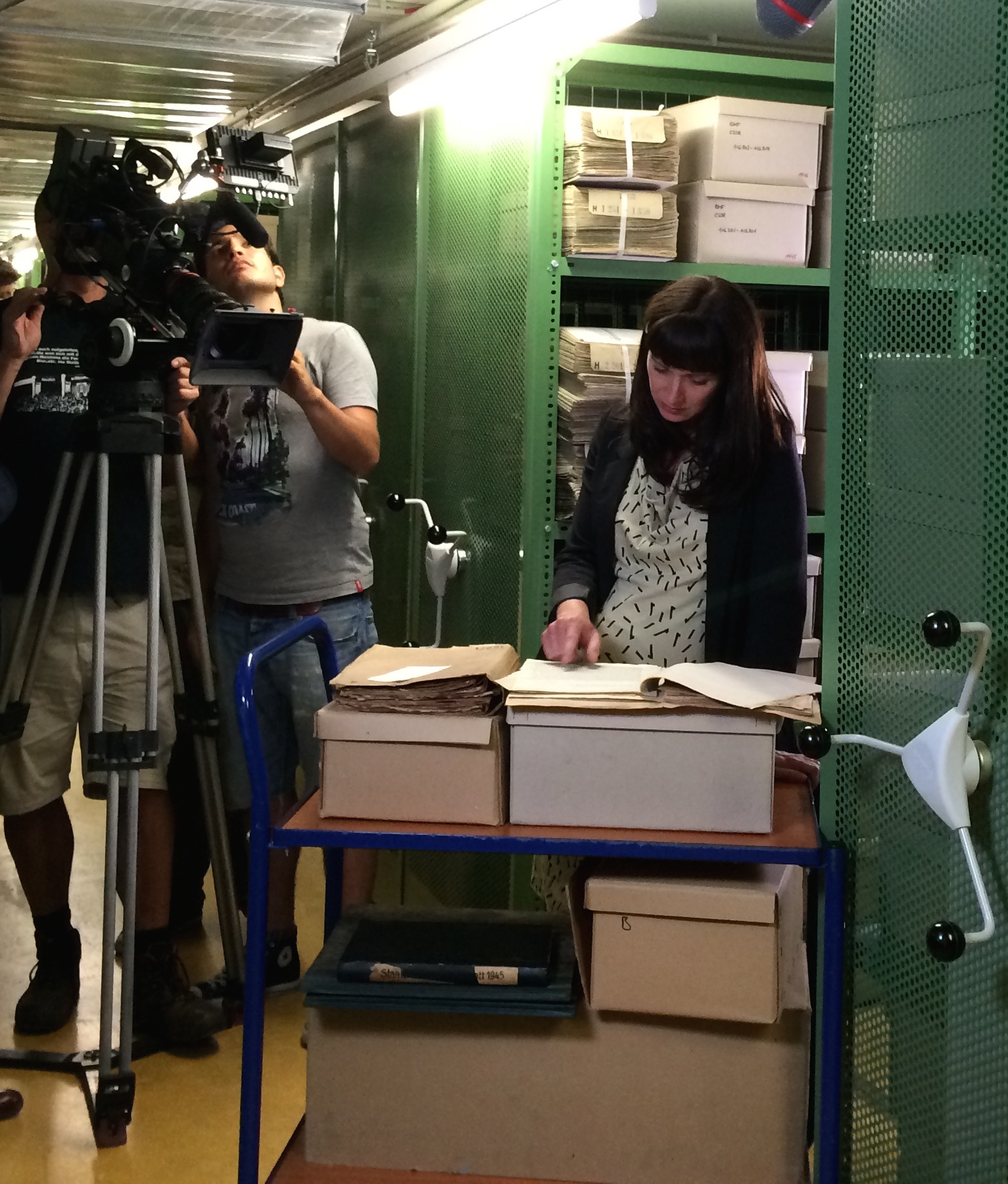 The Myth of Galicia

Exhibition at the Wien Museum

Galicia, a province at the outer edge of the Habsburg Empire, was known as the ‘poorhouse of Europe’ in the period around 1900. Hunger, squalor and desperation drove over one million people into exile at the turn of the 20th century. Some Galician emigrants ran aground in Vienna. But most, driven by the hope of a better life, boarded the ocean steamers bound for the New World. Anna S. had neither wanted to go to America nor left Galicia of her own free will. The young Jewish woman was the victim of one of the Austro-Hungarian Empire’s infamous ‘people traffickers’. ’Having been transported to South America and on the verge of collapse, Anna S. attempted to bring her tormentors to justice. But the denunciation she sent to the imperial police force in Vienna, written in faltering German, went unanswered. wesearch unearthed this and other stories from Galicia on behalf of the Wien Museum for the exhibition The Myth of Galicia, which ran from 03/26 – 08/30/2015 at the Wien Museum. 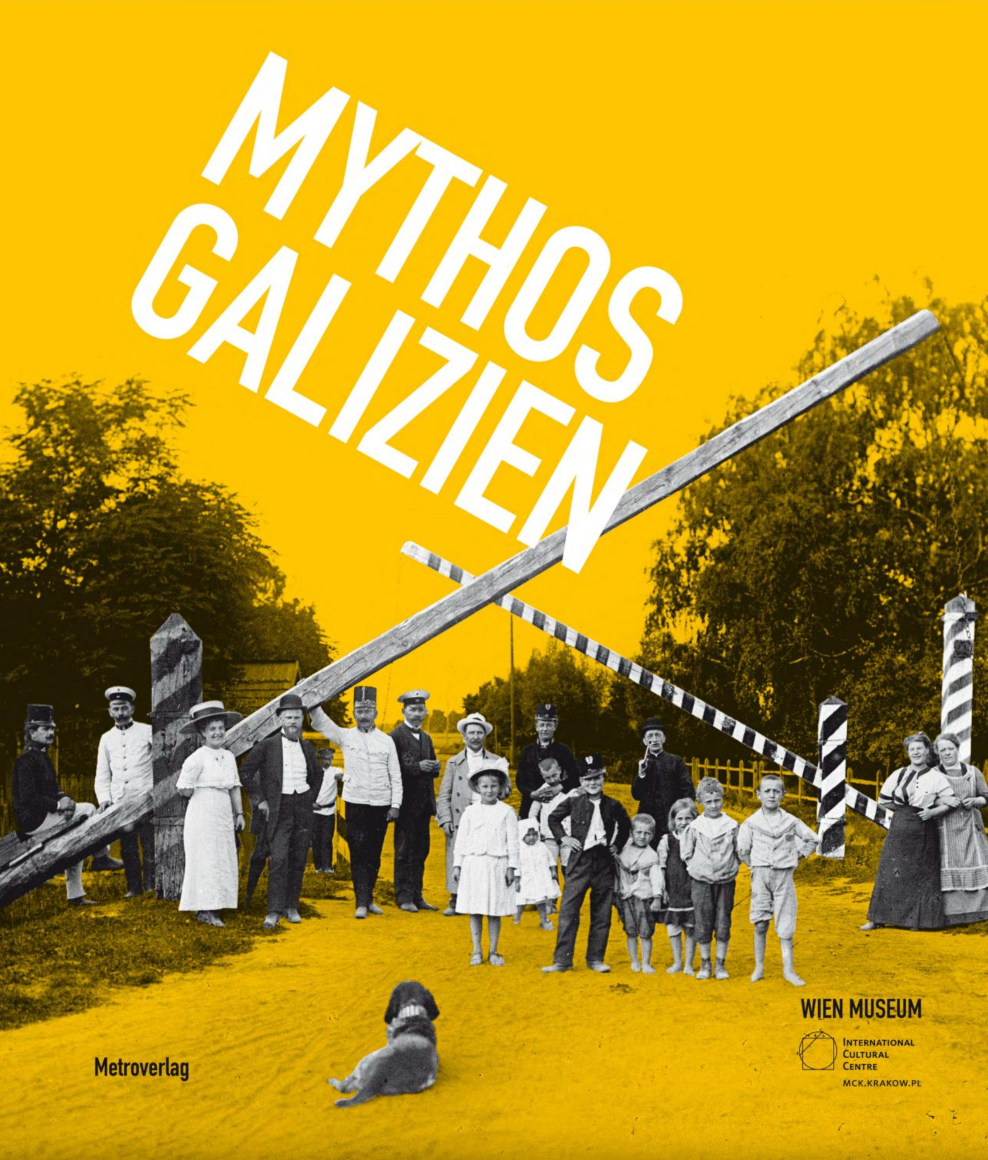 Behind the Scenes at Sacher

Book project about the legendary hotel

A Viennese cab driver would ‘look twice’ at a count, noted Karl Kraus in his magazine Die Fackel, were he to ask to be driven to the ‘culinary Eden of Mrs Anna Sacher’. It is doubtful whether a single count ever did set foot in Hotel Sacher. Nevertheless, continued an aggrieved Karl Kraus, according to a Viennese tradition ‘all the archdukes, and only they, go to Sacher’. Anna Sacher, the charismatic, cigar-smoking hotel heiress with a fondness for French bulldogs, made the family business into a worldwide success. Thanks to the intrigues and escapades of its guests, the Sacher was the talk of the town for decades. wesearch took a look behind the scenes at the Hotel Sacher for a book project by the author and filmmaker Monika Czernin. 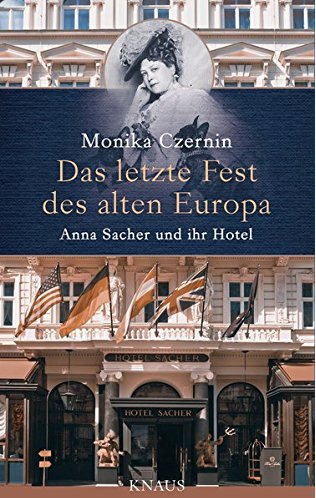